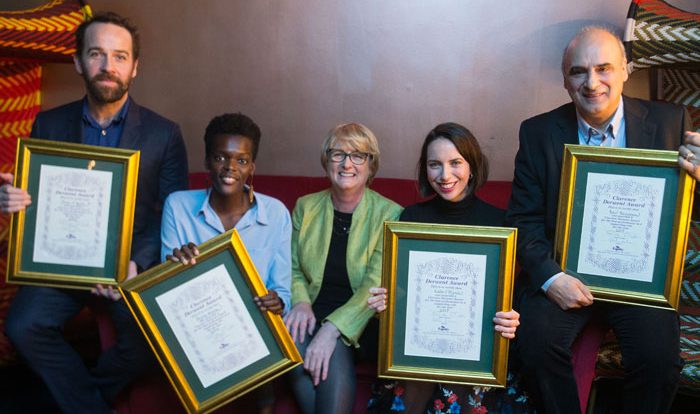 Jonjo received the Clarence Derwent Award for two 2016 performances. Firstly as Posthumus in Cymbeline at the Sam Wanamaker Playhouse and secondly for the Brute in Unreachable, at the Royal Court.

Presented by union Equity, the awards honour best supporting actors in London productions. For the first time in the awards’ history two years have been presented at the same ceremony. The awards recognise work from the preceding year and so the winners are for performances in 2016 and 2017.